Over the past week the weather's often been cool and rainy even though summer solstice was just a few days ago. But the days are long, the light is beautiful, and Petrin hill is still here for me to climb. On warm days I stop to sit on a bench and look down over the city: 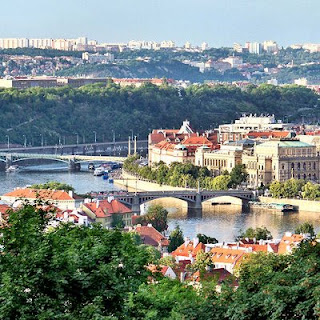 I still take pictures of wildflowers on the hill -- this is a field scabious (Knautia arvensis): 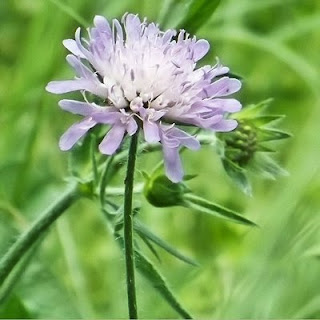 But the full summer foliage makes it hard to take pictures of local birds. I did manage to capture this magpie on the gutter of the roof next door: 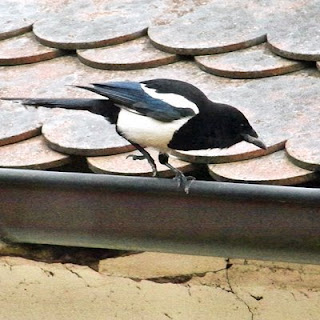 Among the sights on Petrin that I haven't posted pictures of yet is this tiny hutlike chapel: 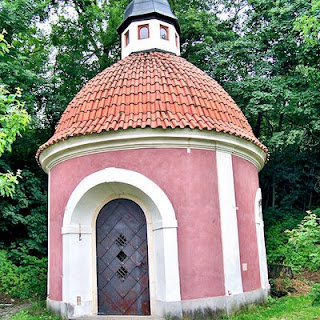 And because of the rain, there are now lots of land snails on Petrin, making their slow steady progress: 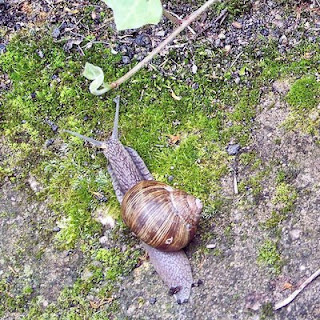 Email ThisBlogThis!Share to TwitterShare to FacebookShare to Pinterest
Labels: Summer in Prague

Oprah is being criticized for her willingness to discuss alternative medicine, but the biggest threat to the health of citizens of the United States is our lack of decent health insurance coverage. [Click on the image for a larger version of this cartoon. The text reads: 'My sister called me and the first thing she said was, "Did you hear that Newsweek has exposed Oprah's fraudulent healthcare advice?" and I said, "Yes, and I also heard that Forbes says Angelina Jolie is now the world's most powerful celebrity, but I don't believe everything I read," and she said, "If people get more cautious about alternative medicine, it could have a bad effect on your leech therapy business," and I said, "As it turns out, I've decided to give up my leech therapy business and do some part-time petsitting instead," and she said, "But you have to care about the fact that people do what Oprah tells them to do, and these untested natural treatments can have bad side effects," and I said, "That's one part truth to a million parts propaganda," and she said, "That sounds like a toxic homeopathic remedy," and I said, "People certainly have to exercise caution, but the real cause of health care problems in the U.S. is lack of a real health care system," and she said, "But aren't you disturbed by what Oprah is doing?" and I said, "I found Suzanne Somers' description of injecting hormones into her lady parts far more disturbing," and my sister thought for a minute and said, "I guess I'll have to agree with you on that one."']
- June 07, 2009 No comments: