The "Golden? Sixties" Exhibit and Vitkov Hill in Prague

[Note: to see a larger version of any of these pictures, just click on the image]


When Greg and I were in Prague in 2009, I spent a lot of time walking on Petrin hill, taking photographs of birds and statues, and enjoying the vast park that is the hill itself. This year we're living in a different neighborhood, and we're nearer to Vitkov Hill, the site of the Zizka monument. Jan Zizka was the one-eyed leader of the Hussite army in the the fifteenth century, and the Zizka statue on Vitkov Hill is the largest equestrian statue in the world. Yesterday Prague was thronged with Easter tourists, so we decided to take a quiet walk in our neighborhood and go take some pictures of the Zizka statue. After a ten minute walk to the hill itself, we climbed up through the park, which was full of blooming lilac bushes, and then up a steep flight of steps. Unfortunately, when we got to the top of the hill, we saw that the statue was beneath a scaffolding and under repairs. 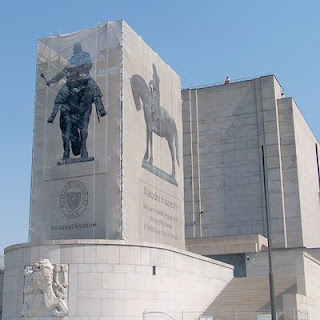 Luckily, there's an interesting exhibit on display inside the monument building. Called "Golden? Sixties" the exhibit shows what life was like in Czechoslovakia in the 1960s by focusing on the variety and availability of consumer goods during that time. Objects on display included women's accessories: 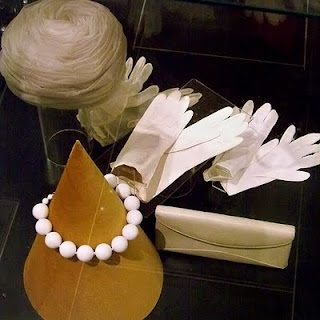 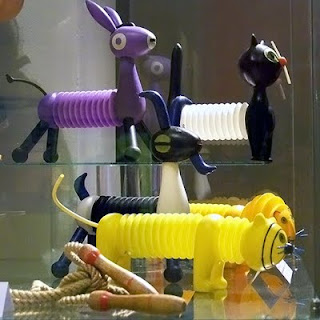 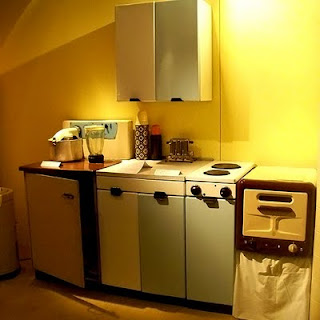 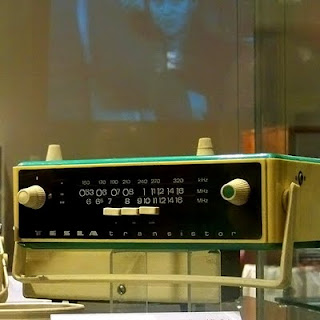 and a variety of tins, canisters, and other forms of packaged food: 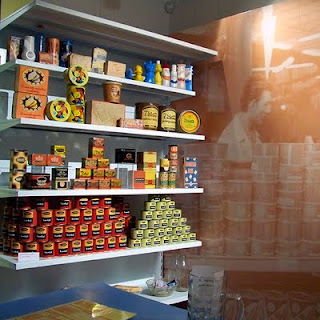 When we first entered the monument we paid a fee, not just to see the exhibit, but also to take photographs and to be able to go up on the roof of the building. After we saw the exhibit, we had coffee in the very pleasant Cafe Vitkov on the second floor, then took a short elevator ride up to the roof. From this vantage point we took some pictures and looked at other rooftops. Here's the Prague TV tower: 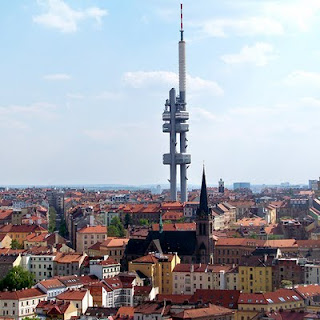 And a church and some buildings in Karlin: 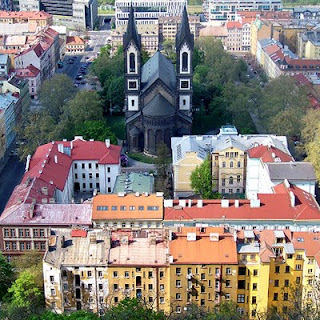 Though Greg and I still go back to Mala Strana each week to climb up Petrin Hill, Vitkov Hill is another great place to take a long walk and get lots of very good exercise.
- April 25, 2011 No comments: