[Note: You can click on any of these photos to see a larger image]

Yesterday, while on a walk in Mala Strana, we noticed that the Czech Museum of Music has an exhibition called BEATLEMÁNIE! After we bought our tickets, I paid the 40-crown fee so that I would be able to take photos.

Before we entered the exhibition, we paused to look around the museum space, which is very atmospheric (see my 2009 post), as the sounds of Beatles' music filled the high-ceilinged entrance hall.

Though BEATLEMÁNIE! does contain Beatles memorabilia, its focus is on the ways that the Beatles influenced the Czech Republic (and vice versa -- did you know that one of George Harrison's first guitars was Czech-made?).

I'm a Beatles fan, but I've seen many pictures of the Fab Four, so I focused on the elements of Czech design I was seeing. (All the while, Beatles songs were playing, and A Hard Days Night was being screened in the middle room.) Here are some Czech record covers from the period: 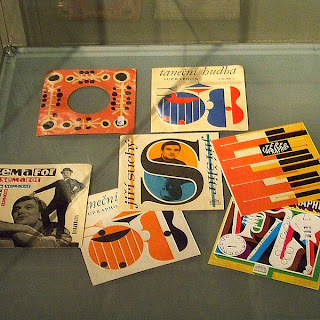 I especially liked the two tables that accompanied this Beatles collage: 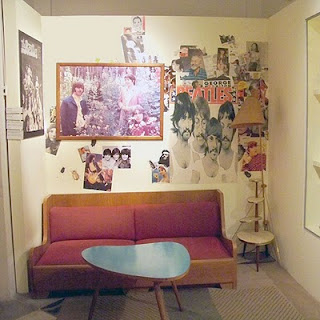 These guitars were made in Czechoslovakia in the 1950s: 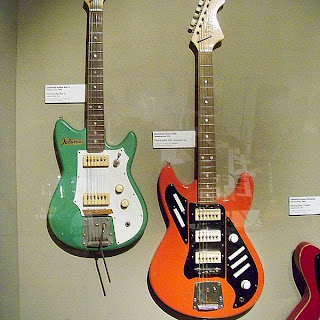 Czech musicians in the 60s performed music that was influenced by the Beatles. Karel Gott did the first successful cover version of one of the Beatles' songs: 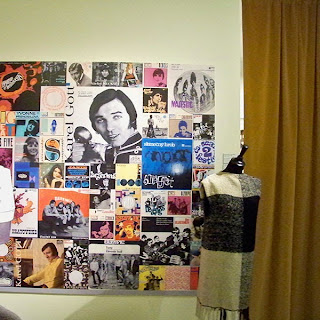 The point of this beauty-parlor-themed room was that long hair wasn't always socially acceptable in Czechoslovakia (though the same was true in the West): 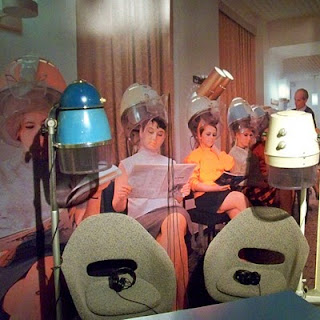 As you might expect, the Beatles and the hippies inspired hair and clothing styles in Czechoslovakia, too: 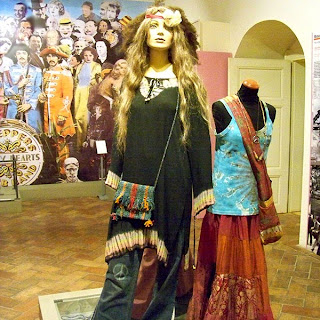 The exhibit devotes an entire room to John Lennon, who became a cult figure in Czechoslovakia after his death.

We left the exhibit smiling. Greg took this great picture from the sidewalk outside the museum; that's Hard Days Night playing in the background and a cool yellow submarine sculpture on the left. 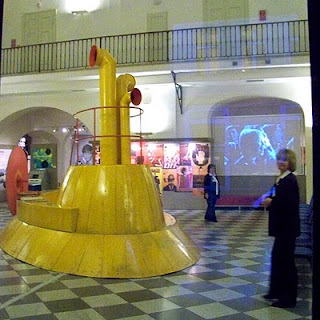 Email ThisBlogThis!Share to TwitterShare to FacebookShare to Pinterest
Labels: Beatles, Czech Museum of Music in Prague

A Few Days in London

We're in Prague now, but for a few days before we got here, we were in London. Because London is an expensive city, we stayed in a budget hotel, got Oyster cards so we could get discounts on public transit, and bought much of our food at Sainsbury's. For budget travelers like us, one great thing about London is that admission to all the major museums costs nothing more than a small donation (several pounds is suggested). We were in London for four days, so we visited the Tate Modern, Tate Britain, National Gallery, and British Museum. Otherwise we spent our time walking and riding around the city. If you've visited this blog before, you'll know that I'm especially interested in sculpture (particularly statues -- by which I mean work that is representational, rather than abstract). Here's a photo of one of the four gigantic lions in Trafalgar Square: 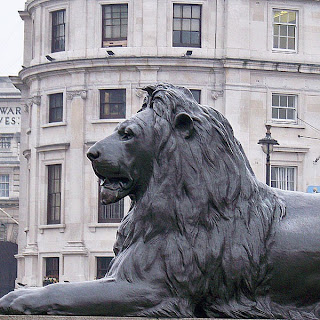 This statue of Thomas More is in Chelsea. More coined the word "utopia" and published a book by that name in 1516. 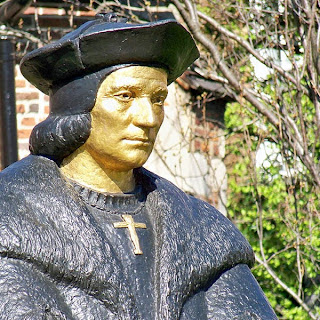 Here are some statues from the British Museum. The museum's collection of works of art from other cultures is now the subject of much debate, especially the so-called Elgin marbles. This image, a horse of Selene, shows one of the best known of those works. 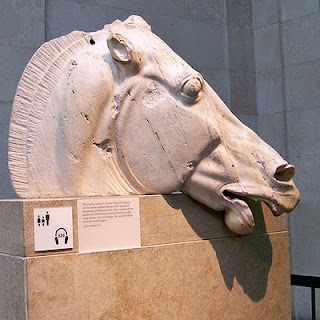 Here are a few other works from the museum, which are Roman, Egyptian, and Assyrian, respectively. 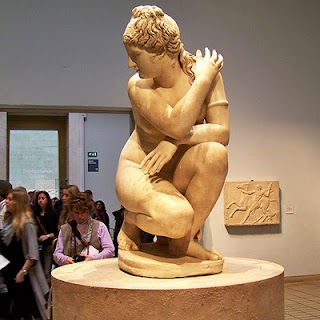 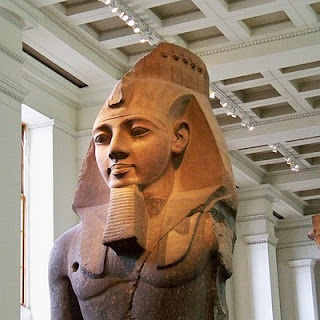 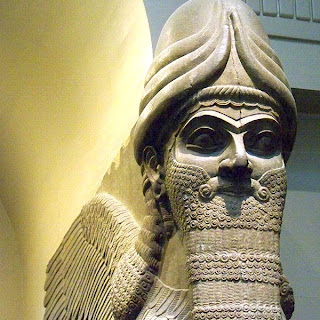