I'm in Prague now, and though I don't have the same kind of backyard I do in Arizona (and I miss Abbie's presence every day and all my beautiful birds), I have a sort of substitute backyard in the form of Petrin Hill, which is near our apartment and rises 960 feet above the city streets. I have climbed to the top almost every day since we arrived (on March 6), and I plan to continue to do so.

Petrin is mostly parkland, but there are lots of other interesting things to see and photograph, so each day I climb to the top and then take pictures on the way down (when I'm not so winded -- this hill is steep!). At the top there are some tourist attractions which can also be reached by a little funicular railway. Among these is an imitation Eiffel Tower, which I plan to climb when I'm in a little better shape: 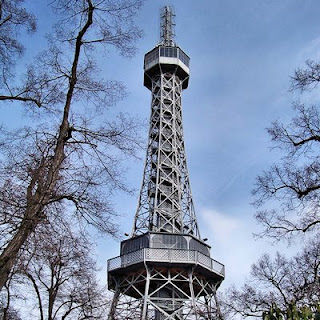 There are also some lovely buildings: 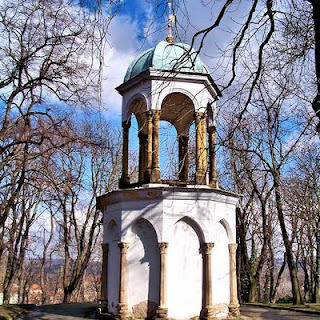 Running along part of the park near the top of the hill is the Hunger Wall, supposedly commissioned in the 14th century by Charles IV to give employment to the poor during a period of famine: 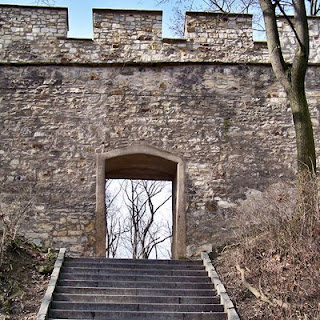 And further down there are interesting statues, like this one of the Czech romantic poet Karel Hynek Macha: 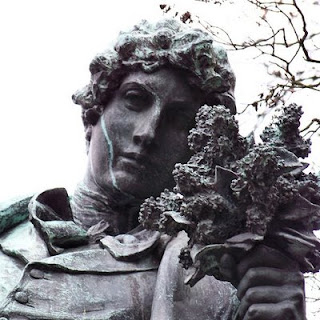 And this one of Czech writer Jan Neruda: 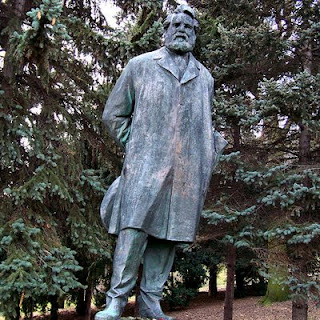 There's also a fountain I really like that includes two babies and a number of frogs: 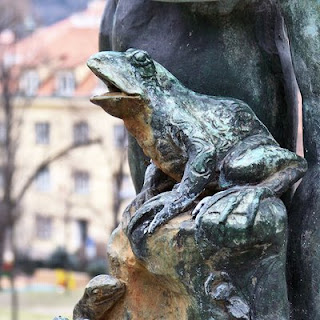 But for me the best thing about Petrin is that it still has a surprising amount of natural beauty. There are some very large old trees: 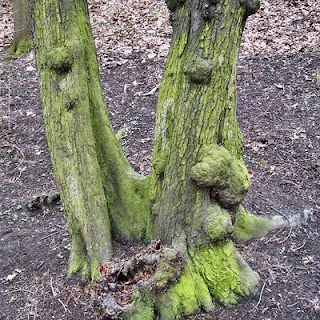 There are also birds that are unlike any I know in Arizona like this titmouse (Parus major; Czech name Sykora konadra): 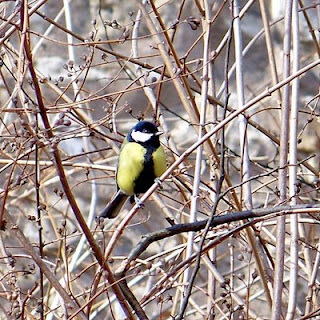 And other birds that are only slightly different from common birds in my Arizona backyard -- like this Wood Pigeon with the characteristic white patch on his neck (Columba palumbus; Czech name Holub hrivnac): 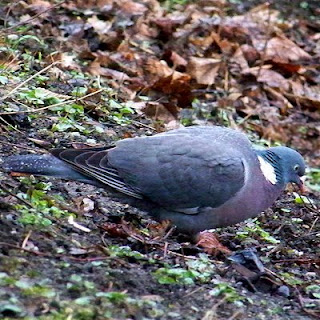 Petrin Hill also hosts a gallery in a cave run by a Czech painter of fantastic scenes; a mirror maze; and an orchard that will bloom when spring comes, so I'll post more photos and descriptions of my Petrin backyard soon.
- March 16, 2009

Email ThisBlogThis!Share to TwitterShare to FacebookShare to Pinterest
Labels: My Prague Exercise Regimen